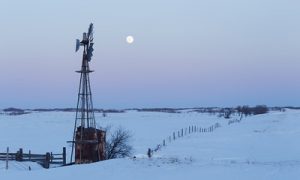 I predict that the queen of England sends the BFG to school and gives the BFG his own house and a chef.

My favorite parts of the BFG are.When the BFG tricks the blood bottler to eat the snozcumber. The BFG shows Sophie how the frobscottle tastes like and tout her what a whizzpoper is. When Sohpie tells the BFG her great plan and tells him to mix a dream.

I was very exited for the mystery Skype. A mystery Skype is when you Skype a class that lives somewhere else in the world and you and your classmates guess where the the class you’r Skyping lives if you guess first the other class has to keep guessing where you live. The class we Skyped lived in Wisconsin.

I think that the giant will be friendly

A Mischief Animal Grade 3’s in Kelvington R.M.E.S (Robert Melrose Elementary School) found a mysterious and mischief animal that no one had found before.
It started when the Grade 3’s were hiking to find secrets or mysterious stuff that other people found before. Then the grade 3’s found a trail that lead to a house. We knocked on the door but no one answered so we came in but before we got in we got transported to another dimension. It was very weird but the grade 3’s would never give up a mystery so they kept going.
When they kept going they saw a very unusual animal it had wings and a long mane. It looked like a purple dragon but it was very small and it could talk. It asked us if we were visitors but we said no. She told us we could wish over 100 wishes.
The first wish was going back to our school. The Mysterious animal told us her name her name was Sirena. Sirena got our attention. Everyone thought that she was a dragon and the point that she almost blew up the school. That happened when Sirena accidently drank the potion that can blow up the school because she didn’t know how to read. So the Grade 3’s taught her how to read she drank the potion that said ‘’Don’t drink this potion!’’ and she thought it said ‘’For Sirena to drink’’. When she started the school on fire we used a lot of wishes to stop it and fix the damage. We had to pay a lot of money for the accidents Sirena made.
Sirena was a mischief animal but she was surprising, kind, and generous. She helped when the cafeteria had no more food. Sirena was a helper she helped people when they had trouble with their work. When Sirena figured how to make potions she made a potion that made her get teleported to another school. And we used all our wishes but we wished never ending chocolate.

A Time Mix Up
The Grade 3 class of Robert Melrose Elementary School was the first people to time travel and go back to the normal time. It started when the grade 3’s were trying to build a machine that can teleport them where they want. But we needed a teleporting medal it is rare to find but we had the perfect thing. Lately we were checking the robots if they had any devices Sparkly had a device that would help you make costumes, Grumpy had a device that would help you see very far, Rainbow had a device that make rainbows and Rock star robot had a device that would help you find what you want. So we packed our suit cases but we didn’t know that Speedy and Flash secretly got in our suit case, then we traveled all around the world to find the teleporting medal. We took a plane then we noticed our suit cases moving we saw Speedy and Flash. They drove the plane and hit a mountain and found a portal Speedy and Flash got in the portal so we chased them. Then we saw the past there were no school none of our houses were here it was a party celebrating the year of 1980. We traveled back in time Rock star robot was looking for us in the over world. The grade 3’s joined the party they met new friends they were having fun they forgot about Speedy and Flash. Speedy and Flash were in people’s houses and causing mischief and the grade 3s didn’t know that there was rabbit legs, sanitizer and hot sauce in the juice, then the grade 3s drank the juice and said this is the best juice ever. Then the next day they remembered that they were back in time. They read books about portals that would bring you back in time they found out that the portals was created by magic by wizards who lived in 1723 and they were only broken if an elf sacrificed its 1,000 years and live 100 more years. There was an elf who lived in 1910 and is 70 years old right now. In the over world the people who were in the plane they found shelter in an Island they found a volcano but they still stayed there. Rock star robot forgot about the portal so he was relaxing on the beach and he invited Sparkly, Rainbow and Grumpy. We read more stuff and the elf’s name was Zoey and she lives in the Yaggersal forest. The grade 3s went and asked people if they knew were the Yaggersal forest was they found the forest but they didn’t know that 2 hamsters were following them. They didn’t find anyone and they didn’t read everything in the book there was a secret garden that Zoey lived in but they found it and they found that Speedy and Flash were following them. Speedy and Flash were pranking the elves once they made the coconuts fall on the elves and the grade 3’s found Zoey they asked her and told her why. Zoey wanted to say no but she wanted to say yes but she said she will say yes if she comes with us. Speedy and Flash heard and followed us and they came back to the portal. They remembered about the portal and forgot to test it and it needed nothing but we still brought Zoey with us!

I chose this image because I like this quote and this makes people think positive.
This means if you think positive your whole entire life will be!

Welcome to your brand new blog!

This is a sidebar and can be changed in Widgets in your dashboard.

You can also modify number of sidebars in theme options!